Thomas Moser has been one of the most acclaimed tenors of the last four decades, performing at all the prestigious opera houses, festivals and concert halls.

Recently he enlarged his repertoire with character roles such as Herodes in Salome, a role that in the past few years has led him to the Royal Opera House Covent Garden (released on DVD/Blu-Ray), the Vienna State Opera, the Paris Opera, the Palm Beach Opera, to Beijing and to Toulouse.

His many career highlights since 1977 include performances at the Metropolitan Opera, the Teatro alla Scala, the Opéra de Paris, the Royal Opera House Covent Garden, the Salzburg Summer and Easter Festivals, Chicago and San Francisco.

Born in the United States of America, Thomas Moser has been an Austrian citizen since 1992. Following completion of his university studies, he became a student of Martial Singher at the renowned Curtis Institute of Music in Philadelphia, and The Music Academy of the West, in Santa Barbara, California. He participated in Masterclasses under the tutelage of Singher, Lotte Lehmann and Gérard Souzay.

His first opera engagement was in 1974 at the Graz Opera (Austria). In 1976, he made his debut at the Vienna State Opera where he was a company member until 1991. In Vienna he has interpreted leading roles in a great variety of operas by Mozart, Strauss, Wagner and other composers.

From the early 90s on, Thomas Moser gradually extended his repertoire and made successful debuts in German dramatic roles such as Florestan in Fidelio, Erik in Der fliegende Holländer, Lohengrin, Parsifal as well as Bacchus in Ariadne auf Naxos and Kaiser in Die Frau ohne Schatten.

In 2003 he sang his first Tristan in Vienna in an acclaimed production of Tristan und Isolde conducted by Christian Thielemann at the Vienna State Opera that was also released on CD by Deutsche Grammophon.

Thomas Moser’s repertoire also encompasses important roles in French opera, such as the title roles in La damnation de Faust, Les contes d’Hoffmann, and Don José in Carmen. He is also noted for his portrayals in classic and contemporary modern music, such as the tenor role in Berio’s Un re in ascolto, which he created at the Salzburg Summer Festival 1985 or Aron in Schönberg’s Moses und Aron. Moser has also made his mark in such complex roles as Pfitzner’s Palestrina and Paul in Korngold’s Die tote Stadt.

He has also made a name for himself in concert and Lied repertoire, and has been a guest in the most famous concert halls worldwide.

Moser has recorded for all of the major labels of our time. He is a sought-after instructor, has given Masterclasses in the USA as well as in Europe and is often engaged as a juror for international singing competitions.

Thomas Moser has been named Kammersänger by both the Vienna and the Bavarian State Opera. He is also honorary member of the Vienna State Opera and was awarded the coveted Premio Franco Abbiati for his interpretation of Florestan at La Scala. 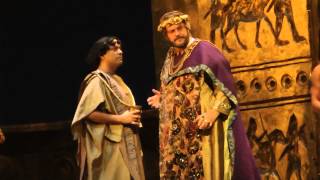 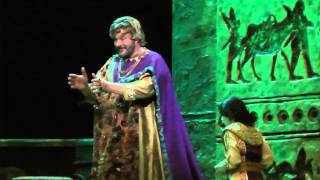 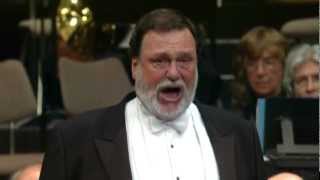 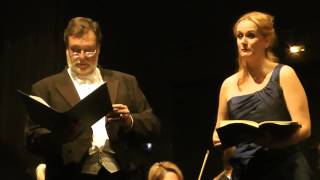 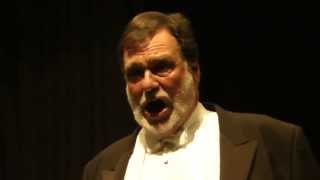 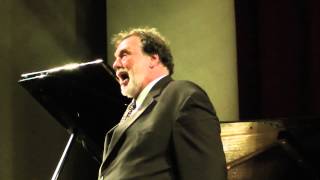